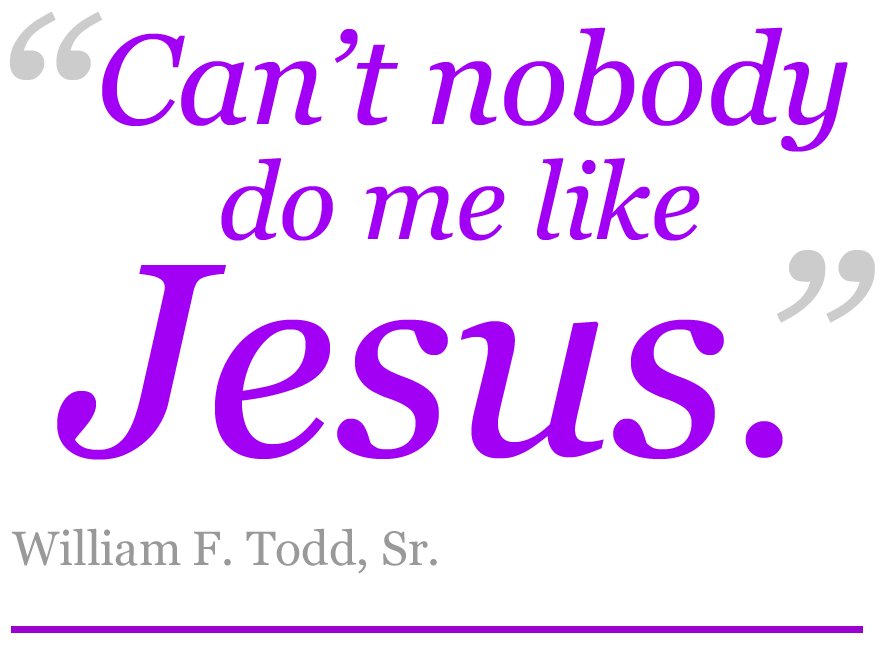 Bishop William Fleming Todd, Sr. was the Founder and beloved late Pastor of the Christ Haven Pentecostal Church. He was born on September 20th. As a young boy, he surrendered his life to Christ in May of 1961, after a classmate witnessed to him by way of a Bible tract on a school playground. The Lord used this to open his eyes and understanding to the truth of God’s plan of salvation. On August 1st of that same year, Bishop Todd was baptized in Jesus’ name and received the baptism of the Holy Ghost through the laying on of hands. His love for God was contagious and often resulted in praise. Desiring to do more for the Lord, he fervently witnessed to many individuals. During an evangelical street service, while passing out Bible tracts, the Lord anointed Bishop Todd to preach the gospel. It was during this time that it became evident that God would use Bishop Todd mightily to preach the Gospel of Jesus Christ.

After serving 12 faithful years at Zion Apostolic Temple Church in Philadelphia, Bishop Todd was called to the Pastorate. In 1983, a small prayer group was formed and the ministry of Christ Haven Pentecostal Church began in Ardmore. The prayer group grew and the Lord moved the Christ Haven church to 206 S. 5th street, in Darby. After years of operating in the Darby community, Christ Haven moved, in 2010, to the Worship Center, at 6800 Lindbergh Boulevard in Philadelphia. The Lord led Bishop Todd to join World Assemblies of Restoration (W.A.R) under the Founder and former Presiding Prelate, Bishop James D. Nelson. Bishop Todd was appointed District Elder, Overseer, and then Bishop. In 2014, he was elevated to 2nd Assistant Presiding Bishop.

On August 26, 2015, Bishop Todd transitioned from labor to reward. His legacy and foundation remains and stands sure.

Bishop and his wife, Mother Thomasina Todd, shared 48 years of marital bliss and were blessed with six wonderful children. His family and church family still honor his memory during our Founders’ service in September and the annual Blood Drive. His “Memory Wall” hangs in the Narthex with his favorite quotes and sayings.