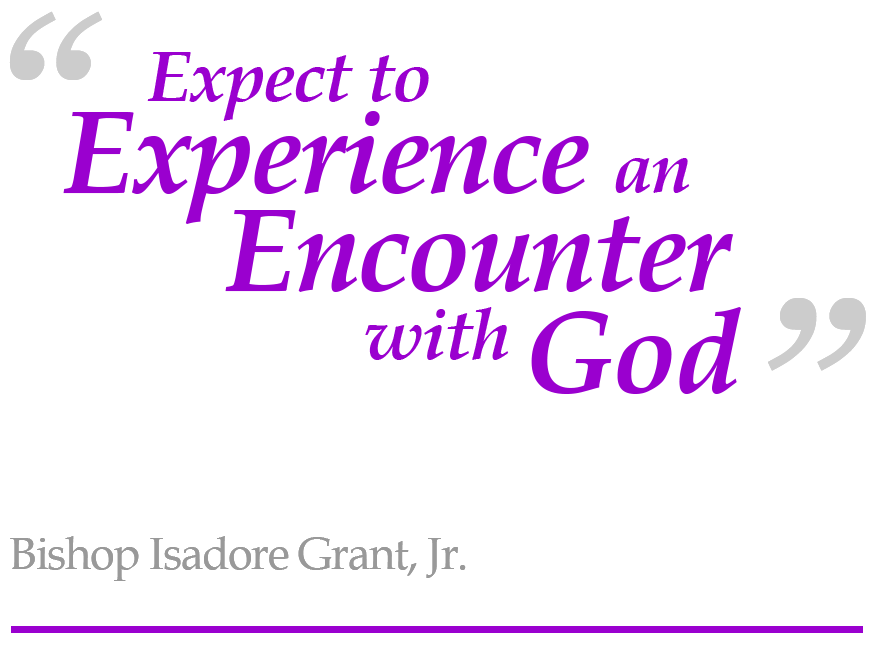 “A divine set up” is the phrase Pastor Isadore Grant uses to describe that remarkable day when he visited Christ Haven Church. The year was 1984. What he thought was a mere visit to witness the christening of his oldest nephew, turned into a life changing touch of the Holy Ghost that would leave him planted in the Christ Haven ministry for the next three decades and more. Reflecting on that day and the visit, Pastor Grant says it was Founding Pastor William Todd’s preaching that touched his heart and wouldn’t let him leave the same way he came. Already filled with the Holy Ghost — but experiencing life as a college-aged youth — Grant joyfully remembers the word preached by Bishop Todd that rekindled his fire for our Lord Jesus Christ.

He became an official member of the church in 1985. Since that time, he’s served on a number of ministries including the usher board and brotherhood choir. He’s also humbly served as a van driver, janitorial worker, Christian Education teacher, and Brotherhood Auxiliary president. In 2002, he was elevated to become an Elder and in 2004 was ordained as one of the assistant pastors of the Christ Haven Church,.

The vision he’s received from God to lead the ministry stems from the passage of scripture, Isaiah 58:12, declaring that Christ Haven will build the old waste places: shall raise up the foundations of many generations, and shall be called the repairer of the breach and the restorer of paths to dwell in.

Pastor Grant and his wife, First Lady Shawn Grant, have been married for 32 years. They have three lovely children: Sister Christina Grant, Brother Isadore Grant III, and Sister Brittne Epps, and six beautiful grandchildren Aigne Marie, Bria Christina, and Cymphony Rose, who are affectionately known to the Christ Haven Church family as “The Pop-Pop Praisers”, Anthony Wilson Audelien, and newborns; Travis Jr., and Isabella Michelle. Pastor Grant also celebrates his mother, Mother Ida Grant, who is a lover of God and of God’s people and is a pillar within the Christ Haven Church ministry.

Join Us for Service LIVE!

Due to the Corona Virus (COVID-19), all normal scheduled services have been reduced to only include Sunday Morning Service at 11:30am and Tuesday Bible Class at 7:00pm. These services will convene via LIVESTREAM ONLY!